Nostra Aetate Video Archive
JavaScript is disabled for your browser. Some features of this site may not work without it. 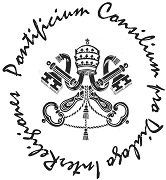 Nostra Aetate: the Leaven of Good, a Resource for Interreligious Dialogue

Nostra Aetate, “The Declaration on the Relation of the Church to Non-Christian Religions,” is the foundation for the Catholic Church’s commitment to interreligious dialogue today and has been for more than fifty years. This collection includes interviews with religious leaders, scholars, and others discussing the evolution of interreligious dialogue over these fifty years and beyond.

The declaration was one of the surprises of the Second Vatican Ecumenical Council (1962-1965), more commonly known as Vatican II, and became one of its long-lasting and positive outcomes. What resulted after two years of preparations and four years of deliberations was a declaration appealing to Christians, to Jews and to the followers of other religions. Shortest of the sixteen documents of Vatican II, Nostra Aetate was one of that council’s most debated acts.

These interviews, compiled by the Pontifical Council for Interreligious Dialogue, are presented in three parts: Nostra Aetate: An Emerging Vision (1959-1965); Nostra Aetate: 50 Years of Encounter, Collaboration, Dialogue (1965-2015); and Nostra Aetate: Today and the Demands of the Future (2015-Present).

This video collection is produced by the Pontifical Council for Interreligious Dialogue, Vatican City, and hosted on DigitalGeorgetown. The video collection contains a number of interviews with different religious leaders from around the world. The views and opinions expressed in it belong exclusively to their author and do not necessarily reflect the official teaching, policy and position of the Pontifical Council for Interreligious Dialogue, the Holy See or the Roman Catholic Church. For more information about the, please visit the Council's website.

Collections in this community