Javins Project
JavaScript is disabled for your browser. Some features of this site may not work without it.

Javins v. First National Realty Corporation, 428 F.2d 1071 (D.C. Cir. 1970) was one of the most important landlord-tenant cases of the twentieth century. Read by most first year law students all over the country, Judge Skelly Wright's famous opinion firmly established the implied warranty of habitability as a staple of American property law. 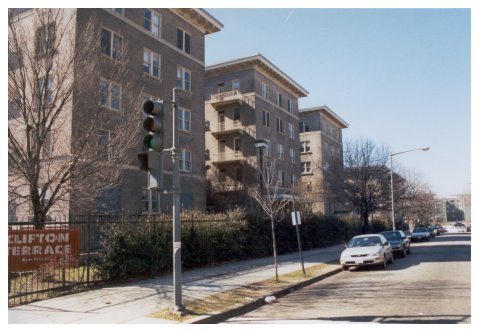 The story of the litigation and the myriad events that swirled around the occupants of the then dilapidated Clifton Terrace Apartments, is told comprehensively in Richard Chused's article, Saunders (a.ka.a Javins) v. First National Realty Corporation , 11 Geo. J. Pov. L. & Policy 191 (2004). It is a compelling tale of racial and class conflict, local politics, urban planning gone terribly wrong, and law reform. The article, also published in abridged form in: Gerald Korngold & Andrew P. Morriss (eds.), Property Stories 123-170 (2nd Ed. 2009), makes use of an array of court documents in the case. The initial judicial proceedings were in the District of Columbia Court of General Sessions. This court, which was later replaced by the Distict of Columbia Superior Court, rendered eviction judgments against Rudolph Saunders, the most important of the tenant organizers, Ethel Javins, Gladys Grant, and Stanley Gross on June 17, 1966. The cases were then appealed to the District of Columbia Court of Appeals, which affirmed the evictions on September 23, 1968, well over two years after the cases were heard by Judge Fickling in the Court of General Sessions. At the time of Javins, the United States Court of Appeals had discretion to review decisions of the local District of Columbia courts. The tenants requested such review. It was granted in three of the four cases (Grant had paid all of her rent and mooted her case.). Judge Skelly Wright issued his famous opinion in the case on May 7, 1970. First National Realty Corporation's petition for certiorari to the Supreme Court of the United States was denied later that year. The three buildings involved in Javins have now been remodeled into two condominiums and a rental apartment with some subsidized units by the Community Preservation and Development Corporation. In recent years, residential districts in the center of Washington, DC have undergone rapid rehabilitation and many new apartment buildings and houses have been built. Values in many areas of the city have risen dramatically. Units in the Wardman Court condominiums, as the advertisment makes clear, were recently on the market for over $300,000. If you have any comments or questions about the site, please contact Professor Chused, now Professor of Law at New York Law School, by email.