Historic Preservation Resources - National
JavaScript is disabled for your browser. Some features of this site may not work without it. 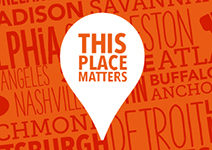 The National Historic Preservation Act of 1966 (16 U.S.C. sec. 470 et seq.) directs the Federal Government, in cooperation with state and local governments, Native Americans, and the public, to take a leadership role in preservation.

The earliest Federal preservation statute was the Antiquities Act of 1906. Later came the Historic Sites Act of 1935, which made it national policy to preserve for public use historic sites, buildings, and objects of national significance. It also empowered the Secretary of the Interior to designate properties significant to the nation as a whole as National Historic Landmarks or Sites.